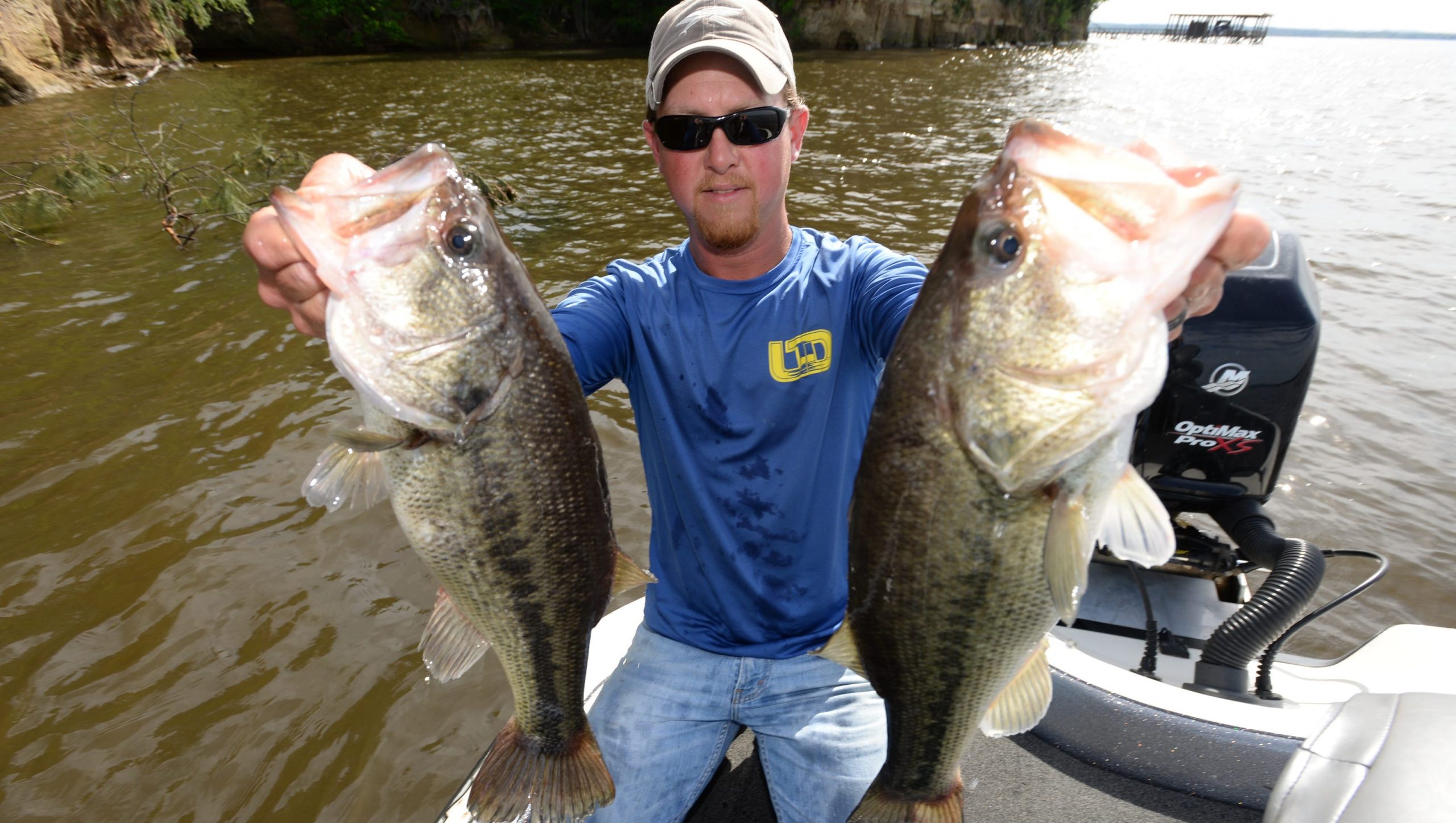 Merry Christmas to all anglers and outdoor addicts. We fished Big Sam last week and had a great trip. We caught several fishing hydrilla in 4 to 6 feet with my favorite square bill crankbait Berkley’s Square Bull…Formally Pit Bull. We also used wacky rigs with the 5 inch ‘The General’ and 5 inch Senkos. My favorite colors on ‘The General’ is pumpkin party and for Senkos watermelon blue flake. We didn’t catch many shallow 4 or 5 so we decided we needed to fish deep with a drop shot and Jigging spoon.

For some reason I don’t need to fish a drop shot or jigging spoon in Rayburn as deep as I do in Toledo. On The Bend I will catch bass at 30-35 feet while on Rayburn I catch plenty from 22 to 28 feet. That depth on Rayburn (22-28’) is where the bait is the bass will be close by.

My drop shot rig includes a good spinning reel such as Mitchell 300 Ge. The Mitchell 300 was the first ever modern spinning reel and has sold several million. My choice of rod is an Abu Garcia Veracity rod with medium action. Since the worm is nose hooked you don’t need to ‘cross his eyes’. My choice of line is 10 lb. test Big Game with a Berkley #1 drop hook. Like I said earlier since the worm is nose hooked the bass almost sets itself.

My choice of worms is a 4.75 Bottom Hopper in Ik’s morning dawn. I’ve caught a lot of bass on Rayburn and over 90% has been on “Morning Dawn” It’s almost pink but bass on Rayburn love it. We had close to 15 bass and most came on drop shot with that PINK worm.